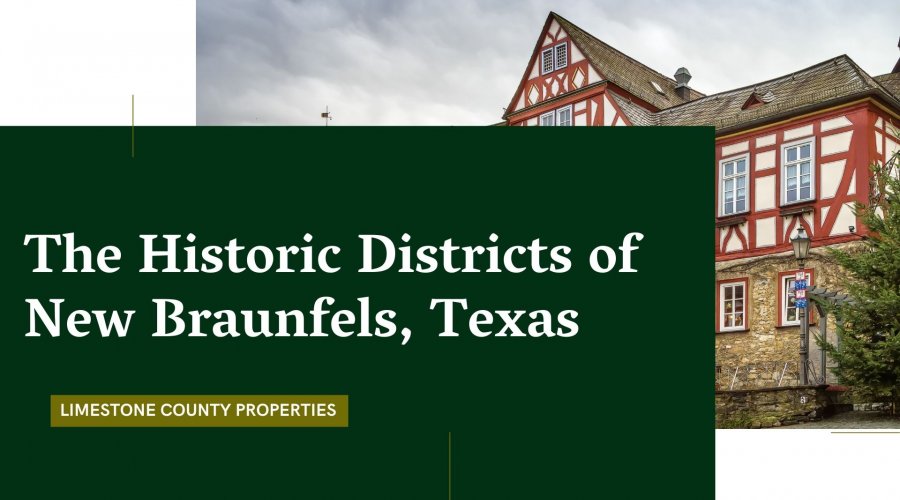 The historic districts of New Braunfels present well maintained and preserved neighborhoods that offer a variety of things to do and see.

In this part of the city, you are bound to find a mix of business, pleasure and luxury all at the same place. There are also numerous special events throughout the year, especially events related to music, art and culture.

The city of New Braunfels was established in the 1800s by Prince Carl on the Comal River. Later, people started settling in the area and taking part in economic activities that influenced its growth, such as farming and ranching. The Guadalupe and Comal rivers supplied the farms with ample water. The area was mostly occupied by Germans, so it had a lot of German influence. The settlers upheld German culture and language which still stands to date.

In this article, we are going to look at the four historic districts of New Braunfels!

All these districts play an important role in preserving and representing the city's rich history. They all present the historic architecture, culture and heritage of the City. 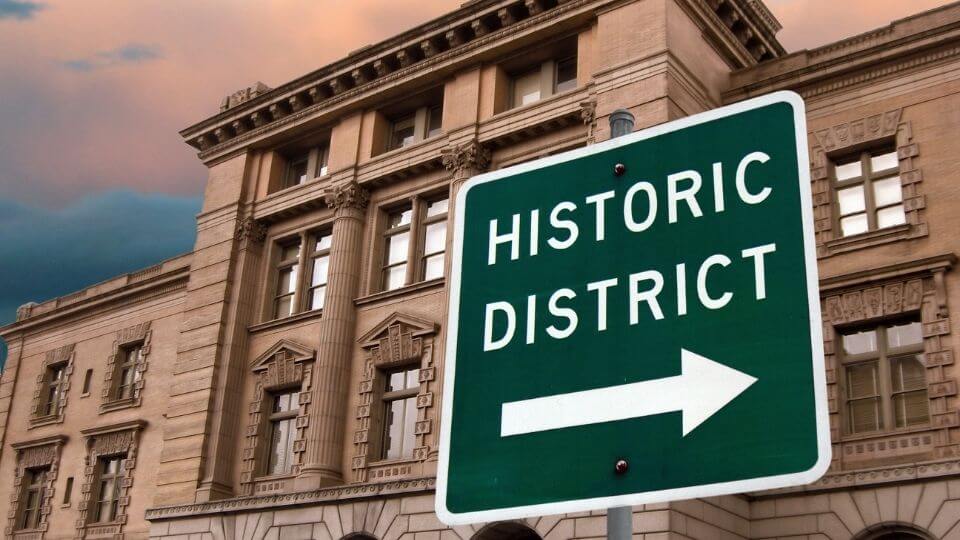 Let's look at each district in more detail!

There are many significant historic landmarks in Sophienburg Hill.

A very famous one is the house at 548 Hill Avenue. It was built in 1905 as a retirement home for a famous ranchman named Friedrich Hofhein. The 548 Hill Avenue house was later designated a Texas landmark in 2002.

Additionally, the Sanborn Fire insurance maps show that a majority of the houses along Hill and Academy Avenue were built before 1930. This rich history then influenced the architecture of the area.

The original downtown began in the 1800's and it still bears that archaic feel to date.

The downtown area grew tremendously between the 1800-1900. The Germans developed the area to become a thriving industrial and commercial arena. The area presents various aspects of the times, such as the agricultural, civil and community development.

New Braunfels is known for its German roots, and the best place to experience its roots is in Mill Street Historic District. This district is the perfect example of the German-Texas Vernacular architectural style that you can't help but fall in love with.

The district is home to the New Braunfels academy which has also been recognized and registered as a Texas Historic Landmark. New Braunfels' citizens voted to impose a tax for the support of public schools way before such taxes were ever introduced. The region has always had a huge support for education.

Stock Historic District is the smallest of all the districts in New Braunfels. It has five properties that serve as historical signatures that are located along Coll Street, just between the Seguin and Market Avenues. The properties are from the original town received by Carl Stock in the 1845.

Carl Stock was among the first settlers of Stock and consequently, the district was named after him. He arrived in Texas in 1845 as a colonist with his bride Maria. They built a home that was a single room Fachwerk house. Today, this home is known as 195 Coll Street. The region later grew to have more subdivisions – that is the 177 Coll Street, 163 Coll Street and the 195 Coll Street.

The districts all have different things to offer, but they all provide a great look into the history of New Braunfels.

The New Braunfels area is peaceful with a welcoming community. It's especially ideal for families due to the community and the amenities in the region. 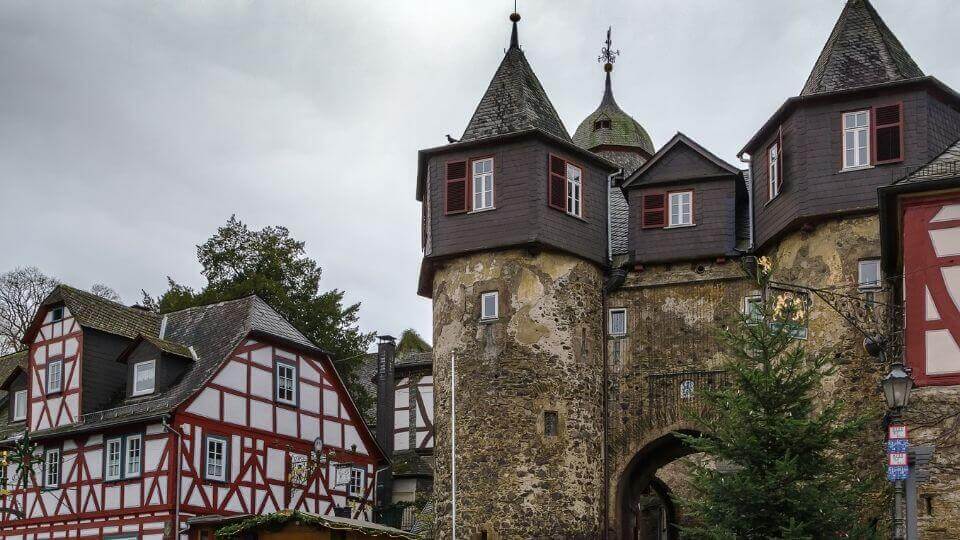 New Braunfels is a calm and welcoming city. It has also become a popular tourist attraction, especially for those interested in history and culture.

There are a couple of famous attractions in the downtown area, such as the recently restored Comal County Courthouse that has a number of museums and murals.

The area is also filled with German heritage, especially along the avenues that host popular German celebrations. Some notable mentions in the area include: Wurstfest, Wassail fest, Wein and Saengerfest.

New Braunfels is also famous for the Guadalupe River and Comal River which provide excellent recreational water services. Guadalupe is especially famous for its clear waters.

Each district allows the city's rich history, architecture, and culture to be preserved and represented.

They have always been professional, courteous, and quick to respond to my questions. I have known Chantel for many years. She is not only professional but she has helped me whenever I needed her to.I have tried other property managements, and although they were not bad they just dont measure up to limestone property management. I would and have recommended them.